Diving with Bull Sharks is an experience that will always remain with you. While the thought of in terror by many, the grace and power they show underwater is remarkable.

Bull sharks are said to be the meanest and most aggressive sharks in the oceans. Still being able to dive with them is impressive.

Bull sharks are a wide-ranging species and can be found in shallow waters and are even able to adapt to freshwater.
They prefer murky waters to feed, which is one reason some swimmers and surfers are mistaken for prey. Bull sharks are also known to migrate long distances and become seasonal visitors to warm tropical waters in large numbers. 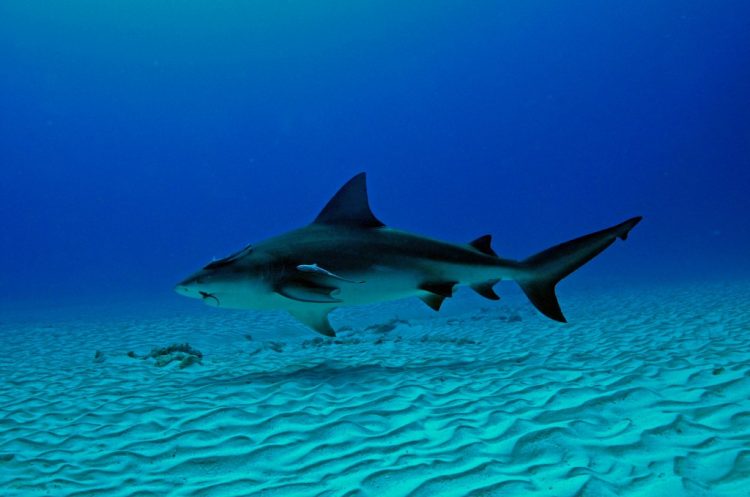 In this article, we highlight some of the best places in the world to dive with Bull sharks.

Snowbirds are not the only ones to abandon the Atlantic coast and head to the warm waters of the Caribbean before the onset of winter. The Mexican Rivera Maya is the winter destination for many North Atlantic Bull Sharks.

They often arrive in early November till the middle of December and stay until the mid or end of March. The dive site – Jardines Deep – is where most dive centers in the area head for their Bull Shark dives. The dives are in 80 feet/25 meters of water with a bottom time of about 25 minutes.

Jardines Deep has the largest concentration of Bulls in the area, and visibility is generally over 50 feet/15 meters, so you can see the sharks coming to you from a distance.
While diving at the other dive sites in the area, it is still likely that you will see a lone shark.

The Fiji Shark Dive was named The Best Shark Dive in the World by Ron and Valerie Taylor the renowned husband and wife underwater photographers and conservationists.
The diving takes place at the Shark Reef Marine Reserve, which was established in 2004. In 2014, the reserve was also designated Fiji’s first National Marine Park.

Unlike most Caribbean destinations, the Bull sharks here can be found year round. While the majority of the sharks are Bulls seven other species are normally seen on each dive:

There is a subtle difference in the dives at the Shark Reef Marine Reserve compared to diving anywhere else. The Shark Marine Reserve is primarily a scientific and conservation project, and the diving is a means to support their programs.

Also, the two nearby villages that used to fish the reserves gets a portion of the marine park fees paid by the divers. The reef would be a great dive even without the sharks, it is in pristine condition with over 400 species of tropical fish.

The best place to dive with Bull sharks in Costa Rica are the Bat Islands A.K.A “The Bats” Local dive centers will be able to take you to a dive site called named “Big Scare” close to these remote islands.

If you are heading to Costa Rica to dive with the Bull Sharks, the best time to go would be between May and October, though you may be able to catch a glimpse of the sharks in November as well.

Diving with the Bull Sharks at the Bat Islands should only be done by experienced and advanced certified divers. The surface conditions can be rough, and the current can be unpredictable making it an exciting adventure for those who are comfortable diving in these conditions.

Read more about: Diving with Bull Sharks in Costa Rica

Koh Tao is a small island but has a huge reputation in the scuba diving industry. There are over 50 dive centers and between them they produce more open water certifications then anywhere else in the world other than Cairns Australia.

The reefs are fabulous and the marine life abundant. Day boats and liveaboard boats take divers to remote dive sites.
However, bull sharks were not there; that is until about two years ago.

The Bulls started to arrive in substantial numbers and now dives to see them are becoming very popular. Other types of sharks are also general seen at the sites where the bulls make up most of the population. Another great reason to add diving Koh Tao to your bucket list.

Diving with Bull Sharks is not without risk

By following a good set of safety procedures that risk can be controlled.
While smaller than the “feared” Great White, the bull shark is said to be the most aggressive and deadly shark of all.

Bull sharks make up the majority of shark attacks, mostly in shallow, murky waters.
Also, a bull shark is the only species that can adapt its body to live in either fresh water rivers or the deep ocean.

While the shark must migrate between the two slowly, it can do it. Surfers are the most frequent to be attacked by bulls as many surfing locations are near the mouth of a river.

The topic of shark dives is often debated, with both sides having valid points. The State of Florida has banned them, but some Florida based dive centers still provide them.
They simply go out of the range that the state has control of, many provide dives in the waters of the Bahamas.

There are often debates on what methods are acceptable, even among those who accept the concept of shark dives.

You will find three styles of shark dives:

On the non-feeding dives, the dive operator will take divers to areas known to have sharks. This is the least reliable means to dive with the sharks.

Most dive center will provide dives that involve feeding the sharks. Dives where the dive guide properly attired feeds the sharks are a more reliable means to see the sharks.

The dive operator uses one or two dive sites, and the sharks become accustomed to the appearance of divers and the expectation of a quick snack. Those against the practice say this changes the sharks natural tendencies.

The third method is chumming. This involves putting chum – a combination of fish blood and scraps of fish – into the water before the dive.

Sharks can be drawn from long distances to the chum. If improperly done, Chumming can be very dangerous as it may draw a very large number of sharks, each expecting a full meal.

When making a reservation for a bull shark dive, inquire on how they conduct the dive and make sure you are comfortable with the methods used.

What are your thoughts about diving with Bull Sharks? Would you? Let us know in the comments below

Feel free to contact us. Click here, we have multiple partners that offer dive packages + accommodation and scuba lessons too. 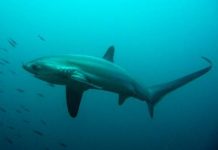 Your Complete Guide to Diving and Snorkeling with Whale sharks