5 Amazing Shipwrecks of the Red Sea You Should Dive

The Red Sea, teeming with a unique ecology and prolific marine life, makes this place frequently visited by divers from all over the world. The pulsating splendor of the coral reefs, the wide profusion of fish and the numerous 19th and 20th-century wrecks enveloped with mysteries of war, tragedies and heroism are the reasons why the Red Sea presents a special underwater adventure to all.

Here are the best shipwrecks in Red Sea divers should never miss!

This is probably the most famous shipwrecks in the Red Sea. Built in June 1940 by Joseph Thompson & Sons of Sunderland, this 126.5 m long steamship was officially launched on the 9th of April 1940. Voyages included the USA to bring back steel rails and aircraft parts, Argentina to return with grains and West Indies for sugar and rum. Her final voyage was on October 6, 1941 when German bomber planes sunk her during World War II. 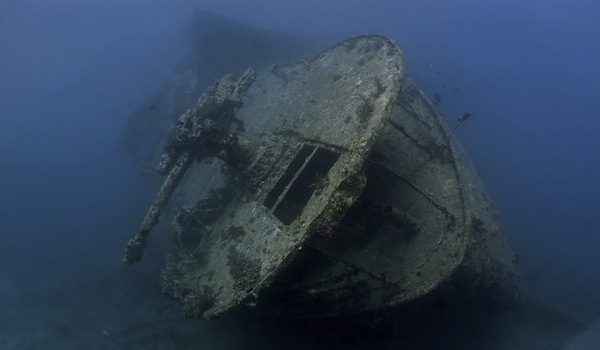 The SS Thistlegorm is a war grave, an underwater museum, and a unique piece of military history all rolled into one.
She lies in the Straits of Gubal, the northern part of the Red Sea. which makes it one of the iconic wrecks only found in the Red Sea.

From Sharm El Sheikh, divers can reach the wreck by daily boat or during a weeklong safari. This wreck has good visibility of around 25-30m. However, SS Thistlegorm is not recommended for beginner divers as currents are often strong.

The bow can actually be spotted at 15m below the surface. You can also see the propeller at 27m. Since SS Thistlegorm is quite big, several dives are required to get to know the wreck completely, inside and out. The relatively warm waters, maximum depth of 32 meters and the tragedy, war, and mystery that envelope this ship is what makes Thistlegorm one of the highly coveted wreck sites that divers are lusting for!

We have multiple partners in Egypt that offer Scuba Dive packages including accommodation, training, and guided trips. Feel free to check out our listings:

The Dunraven was a special breed of British cargo vessel because she was capable of being powered by either sail or steam. This nearly 80m long ship was officially launched in December 1873 and followed a route between England and India.

She was a general cargo, which included timber and steel to fuel India’s heavy industrial ambitions. On April 6, 1876, the Dunraven carried a heavy load from Liverpool to Bombay. She crossed the Indian Ocean, entered the Red Sea and stopped at Aden for a supply of coal. She then continued northward, apparently headed for the Suez Canal.

However, on the dawn of April 25, 1876, the Dunraven hit a huge rock while on its way to the Suez Canal. To this day, this shipwreck lies near the southernmost tip of Egypt’s Sinai peninsula, near the mouth of the Gulf of Suez. A known landmark known as Beacon Rock will make it easier for divers to locate Dunraven.

Divers need to be cautious going near The Dunraven as the strong current can be a bit dubious at times. Scuba divers should also prepare to plunge down to 30m underwater as this is where the bottom part of the wreck is located.

Diving the Dunraven is not really a complicated one, however, divers are advised to know beforehand the layout of the vessel, conditions, route and all information needed for a smooth diving experience.

Giannis D is a cargo ship built in Japan and was originally launched as Shoyo Maru in the late 1960s. This nearly 100m long ship cruised before at a top speed of 12 knots. She was later renamed Markos in the 1970s and was eventually named Giannis D in the 1980s by the Greek company that bought her. 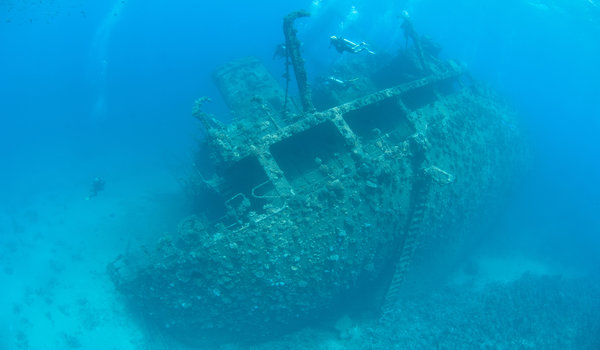 Divers Exploring the Giannis D in the Red Sea

It was in April 1983 when the ship has drifted away from her set course and was running at full speed around the edge of Sha’ab Abu Nuhas Reef. It struck the reef and remained stranded for a couple of weeks. But because of a storm, the ship was eventually split in half and sank to the base of the reef.

To this day, the shipwreck is one of the most famous wreck diving sites in Abu Nuhas. Giannis D is one of the few wrecks that even an inexperienced diver can explore. Penetration of the ship can be done starting at the pilothouse then to her engine room.

Almost like an island in the sand, this part of the wreck sits proudly all by itself, situated at an angle of about 45 degrees. Scuba divers will also find a ladder hanging down the side of the vessel. This ladder was used by the crew as they abandoned ship.

The Rosalie Moller is one of the highly sought after wrecks found in the Red Sea. Originally launched as Francis in 1910, this 108 m long ship ran on a speed of 10 knots. In was in March 1931 when she was sold to the Moller Line that she was re-named “Rosalie Moller.”

She then operated along the east coast of China between Shanghai and Tsingtao. At the height of World War II, she was recalled to Liverpool with the purpose of delivering tons of coal to Royal Navy bases. She was at the anchor waiting for clear passage when bombed by German bombers and sunk 48 hours after the attack of the equally famous ship, the ‘Thistlegorm’.

Today, the Rosalie Moller sits upright on the seabed at between 40-45m. Most of the divers who were able to dive the wreck agreed to the fact that it’s the forward mast that is first noticeably situated at 17m. The Bows are at with the starboard anchor deployed.

The port anchor remains fully retracted. The railings are pretty much still in their original place. The portholes are still intact, however, the wooden decks have rotted away. The Captain’s safe lies forced open on the floor.

Built in 1964 in France, Salem Express was a roll on, roll-off ferry for passengers and vehicles. She was launched under the original name of Fred Scamaroni in 1966. She was given a lot of names and it was only in 1988 when she was finally re-named as Salem Express.

This ship was operated between the ports of Safaga in Egypt and Jeddah in Saudi Arabia. After having been delayed for two days because of machine problems, the Salem Express departed Jeddah and bound for Safaga on December 15, 1991.

It was reported that almost 700 passengers were on board who were pilgrims returning from the holy city of Mecca. In the wee hours of December 17, 1991, she collided with Hyndman Reef which opened a large hole in the forward section. As water flooded in, the pressure blew open the stern doors. She quickly took much water which led to her sinking just after few minutes.

The Salem Express is one of the most controversial wreck dives in the Red Sea due to the tragic loss of lives. What’s more poignant about this is the fact concerning the real number of passengers who died. Reports vary stating a total of 694 people, while others claim as many as 1600 people were on board Salem at the time of the tragedy.

Few hard corals can be seen growing on the top but barely any on the sides of this huge ship. Divers would possibly be in awe because of the size of this wreck. However, only very few marine life exist around Salem. Occasional boxfish, pipefish and lone jack can be sometimes seen. Maybe the creatures can also sense the eerie feeling that lingers over this underwater graveyard.

Have you ever dived one of these famous wrecks in the Red Sea? Let us know in the comments below.

Here’s How to Make a Living as a Scuba Diver!

The Ultimate Guide to Diving The Great Blue Hole in Belize