The Tubbataha Reefs National Park is one of the best places to scuba dive on the planet. Since December of 1993, the area has been considered an UNESCO World Heritage Site, and in 2008 it was nominated as one of the New 7 Wonders of Nature.

Because the Tubbataha Reefs National Park is in a Marine Protected Area, you can probably imagine the astonishing beauty and incredibly diverse wildlife that thrive in these waters.

But you will never really be able to imagine just how beautiful it actually is because, when you see it, you will be in awe of this place. It is actually considered a haven for marine biodiversity, with no less than 360 coral species, 600 different types of fish, 11 different shark species, and 13 whale and dolphin species.

Nature lovers and wildlife enthusiasts flock to this place every day of the year to enjoy moments with these awesome creatures. If you want to scuba dive Tubbataha Reefs National Park and see it for yourself, below are some of the best scuba dive sites you should go after.

Amos Rock, also known as Southwest Rock, is one of the many very popular scuba dive sites found on the North Atoll of Tubbataha Reefs National Park. It features a breathtaking wall that is covered in a variety of corals, including whip corals, and you will also find massive gorgonian fans along it as well.

A variety of large fish, including groupers, snappers, mackerels, and even Napoleon wrasses are also found drifting in the currents of this dive site. And during your dive, you may even encounter sharks, such as grey reef sharks and white-tip reef sharks, which are often seen in this area.

And if you are a night diver, you can take advantage of the opportunity to see a variety of marine species that come out after the sun goes down, such as lobsters, crabs, and plenty of fish.

This dive site, found on the North Atoll, is one of the best places for spotting a variety of marine life. Endangered sea turtles can be seen here, along with white-tip reef sharks and plenty of different corals. This relatively shallow site is also popular for night dives, during which you may get the chance to see eels, different types of pufferfish, and other nocturnal creatures.

Black Rock is a dive site found on the South Atoll of Tubbataha Reefs National Park. You can follow the steep wall and see what marine life you encounter, but this site is not really known for its corals. Instead, you can wait for the sharks, particularly the white-tip reef sharks, to come out, as well as manta rays and the huge Napoleon wrasses.

Bird Island is a very popular site that is also located on the North Atoll. There is something for everyone here, from crevices and swim-throughs to explore, as well as a steep wall with overhangs that may be home to a variety of marine animals.

Watch out for strong currents in certain spots, so if you are a beginner scuba diver, you may want to only stay in certain areas of the site or avoid it altogether. You might want to start your Advanced open water diver course before you dive this site.

The reef is home to a variety of different types of colorful corals, and you will more than likely find a tranquil shark resting on the sandy bottom of this breathtaking site. Eels and rays are also common here. If you get lucky, you may even see a giant ray swimming by.

It is no surprise that the Tubbataha Reefs National Park is so popular, thanks to the variety of dive sites that are available. Even wreck divers can get their fill here.

The Malayan Wreck is also located on the North Atoll, but offers something a little different. Here, you can explore the wreck that is home to a few different fish species. The maximum depth of the wreck is 125 feet or 35 meters.

Divers can expect to find the smaller macro marine life here like nudibranches, seahorses but dont be surprised if you run into a white tip reef shark too. Beware of the currents, though, and only make this dive if you are an advanced open water diver.

If you are really looking for adventure, check out the Malayan Wall, where you may catch glimpses of schools of hammerhead sharks. This site is for advanced divers only, as it requires that you drift out into the deep blue Sulu Sea.

If you find yourself on the South Atoll, check out Lighthouse Islet, which features a large reef and a steep wall filled with fish, anemones, hard and soft corals, and colorful anthias. This site is perfect for a relaxed dive during which you can check out the scenery of the underwater world with ease.

Have you been diving in Tubbataha or would you like to do so?
Let us know in the comments below.

Would you like to go scuba dive: Tubbataha Reefs National Park? Feel free to contact us. We have multiple partners that offer Liveaboard dive packages to Tubbataha and scuba lessons too

Enjoyed this blogpost? Sign up for our free newsletter! and get our scuba blogs delivered in your inbox each week. 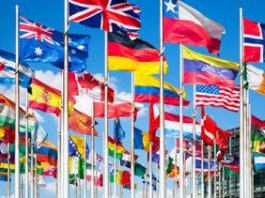 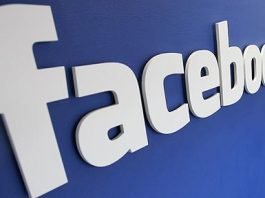 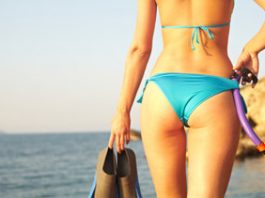