Scuba diving, for many, is a way of life more than a sport. It is about finding that next big challenge, that next unusual body of water that has something to offer that other places haven’t before.

There are many different types of dives that you can go on (reef diving, diving with sharks or whales, night diving, drift diving and so on), and there are some fantastic locations all across the world where you could go diving.

Each site is more unique than the next, but the most unique site in the world has to be the Dead Sea.

What Is the Dead Sea?

It is likely that you have heard of the Dead Sea, since it is one of the most interesting wonders of nature. It is not actually a sea, but rather a salt lake. It is bordered by Israel, Jordan and the West Bank.

The Dead Sea is actually earth’s lowest elevation on land, having shore levels at 423 metres below sea level. The salinity is 33.7%, making it one of the saltiest waters on the planet.

It is beaten by some hypersaline lakes in Antarctica, Lake Assal in Djibouti and Garabogazkol. The sea is called the Dead Sea because the environment is so harsh that it is not possible for animals to flourish.

Scuba Diving in the Dead Sea

For the ultimate adventure in the Dead Sea, you could go scuba diving. A lot of people wouldn’t even think this was possible. After all, the Dead Sea is so salty that you float in it.

Although swimming is close to impossible, scuba diving is actually possible. The dive will take you down to the bottom where you will find the salt crystals.

There are a number of diving schools that offer these dives, usually across several days and in groups of four. It is vital to have a medical certificate stating that you are fit and healthy. Because you need to wear a lot of weights in order to descent.

You won’t see any fantastic fish there, and visibility is – at times – incredibly poor, sometimes as little as one meter. However, it cannot be compared to any other dive in the world, which is one of its main attractions.

Although visibility is usually poor, it is possible that you catch the Dead Sea on a good day. This is the main reason why scuba diving in the Dead Sea is generally done over two days, to increase the chances of actually being able to see something.

The underwater scenery is actually amazing. Salt crystals will dazzle you, some people describing them as a million diamonds. Many people have said that it looks as if they are diving in an ocean of ice, without the chill factor.

Would you like to scuba dive the Dead Sea or have you been already?
Let us know in the comments below

Blog written by: Rutger Thole who used to be a scuba scuba instructor but he got stuck in a suit a couple of years ago. Now he is on his way back, as a the founder of bookyourdive he travels and dives as much as he can. 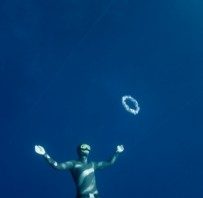 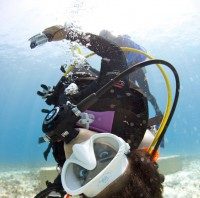 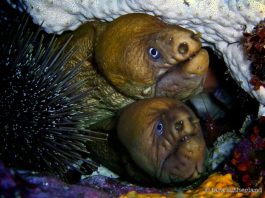