There are all kinds of different sharks in the Cozumel waters and being able to see them in their natural habitat is a dream come true.

Cozumel offers some of the clearest and warmest waters on the planet. This is why it is such a popular diving destination, attracting global visitors all year round. Part of the Mesoamerican Barrier Reef can be found here, which is the second largest reef of its kind on our planet. It is a true diving paradise, with stunning corals, fascinating invertebrates and a variety of fish, which includes sharks.

Let’s take a look at some of the more common varieties of sharks found in Cozumel you may encounter while scuba diving.

The whale shark is one of the largest fish in our oceans and it just so happens to regularly be seen around Cozumel.
It has been said that this shark can be as big as 60 feet, although they average at “just” 40 feet.

It is one of the ocean’s friendly giants. Its back is humped and ridged, with ridges on is side as well, and it has a very large, flat head.

They migrate across the oceans but much prefer open waters. However, sometimes, they come really close to the coral reefs and offer divers a fantastic opportunity to come up close and personal.

It is a very curious shark that loves to come up to people and inspect them, in the same way as people like to look at them. It feeds solely on small fish and plankton and is completely harmless so enjoy if you come across one.

The nurse shark can reach a length of 4.3 m (14 ft) and a weight of 330 kg (730). Many divers in Cozumel encounter the nurse shark because during the day they can often be found resting on the sandy bottoms of Cozumel underneath ledges or in crevices. 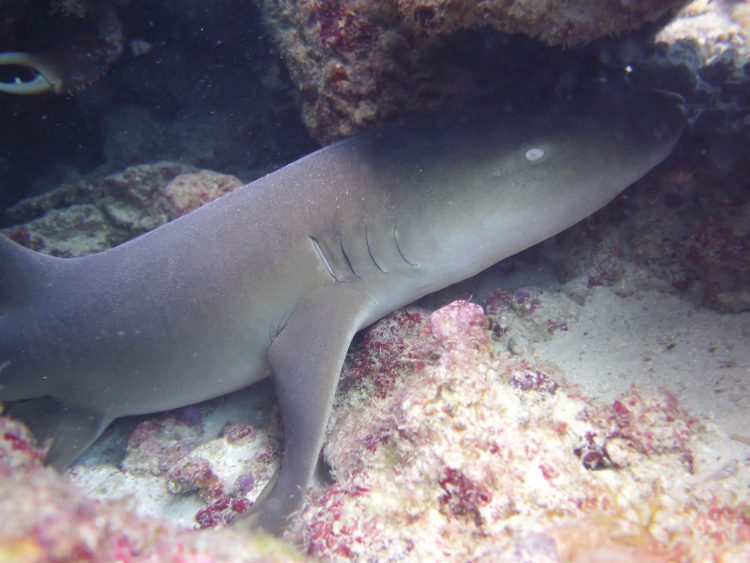 The tiger shark is another of nature’s giants, being between 18 and 23 feet in length on average. Unlike the whale shark, however, this one isn’t overly friendly. It is absolutely beautiful, with its vertical stripes from which it gets its name. Its teeth are curved, serrated and incredibly sharp.

It also sports a ridge in between its dorsal fins. This shark has a large habitat, ranging from shallow to very deep waters.
If you see a tiger shark, you must remain calm and try to calmly swim away, as it has been known to attack people. 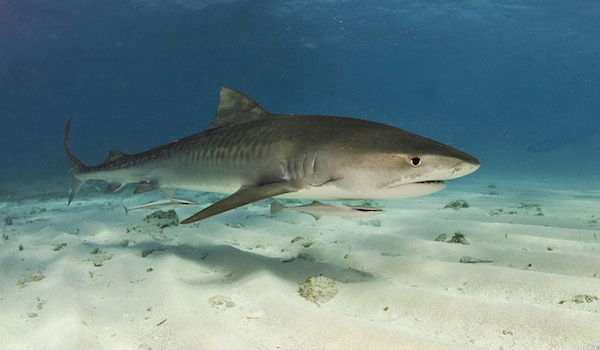 This is because it is pretty indiscriminate in what it eats. Upon inspection, they have been found to eat tin cans and other refuse in our oceans as much as birds, dead animals, and other fish.

The Bahamas and in particular Cat Island is a famous breeding ground for Tiger sharks.

Finally, there is the chain catshark. This one can also be referred to as the chain dogfish. This is a very odd looking shark that has beautiful, unusual markings. The black lines that cover its body look like a chain, from which it gets its name.

Its snout is short as are its gill openings and it has an interesting spiracle behind each of its eyes. It isn’t a big shark, measuring just 19 inches on average.

It is a bottom feeder, but it does like to come close to the cost. In terms of their food, they tend to stick to what is on the bottom of the seas, which includes pebbles.

Although not overly dangerous, they are a shark and you must be wary. This is particularly true if you spot a female with a “mermaid’s purse”, which is the case in which she lays her eggs.

Have you ever encountered one of these sharks when scuba diving in Cozumel? Let us know in the comments below.

When is the best time to dive with Hammerheads in Galapagos?

What is Scuba Diving? – All You Need to Know And More

What is the Difference between Marine Reserves and Marine Parks?