I am sure most of you know now that shark fins is a symbol of wealth for the Chinese, and that’s why we eat them. Shark fins on the menu is like a shout out to our guests – ‘We can afford shark fins! Come bath in our wealth and prosperity!’ It is indeed puzzling that even those of us who are educated and logical continue to perpetuate this tradition.

For us, it can be really shameful to not have shark fins on the menu and I’ve seen numerous cases where societal pressure was so great that even though unwilling, shark fins ended up on the table. However, we have to recognize that the real shame here is that we bowed to the pressure and do something that we know we shouldn’t.

I ate shark fin until I was 20. I remember once a girl from my collage played us a video during our weekly assembly on shark finning. The video was filled with gruesome footages and I remember we all came out of the hall feeling slightly nauseated. That kind of put me off eating shark fin for a while. But just like everything else that is not personal in nature, we soon forget about them and go back to our routines.

I am taking it personal

I only really started looking into the impact of shark finning when I started scuba diving. After I started diving, when I am really upset, I will describe my feelings as ‘10meters under the surface and everything is grey. Instead of corals, there’s a pile rubbish; instead of fish, plastics everywhere’.

What took me a while to realize is that if the rate of shark finning (and pollution of course) continues, that will soon become a reality – that scares the hell out of me. And that’s when this becomes personal.

There are too many amazing dive sites and too little time! I want to dive in healthy oceans. I want to be able to bath not just in ‘prosperity shark fins soup’ but in real ocean, among real fishes, nudis, morays and all the wonders of the sea.

As a Chinese diver who had tasted shark fins, I feel triple the responsibility to voice out against shark finning. So I would like to share here about some of the common arguments I get into when I tried to convince someone to stop consuming shark fins:

Firstly, I just want to say – it’s a stupid argument (but don’t say it out loud, especially if you are not a Chinese). It doesn’t make me any less Chinese to not eat shark fins. My ethnicity and who I am is not determined by a bowl of soup! Do you know that women in China used to bind their feet to stop them from growing more than 3inches because apparently, if you were too delicate to walk properly, it means you are a lady.

I don’t see anyone doing that now. I understand that in this world that is moving too fast and centrifuging us into an indistinguishable giant clump, sometimes we try so much harder to hold on to the good old days and every single bit of tradition that make us, us. But if this tradition is walking us into a terrible catastrophe, then it is time to re-think it.

2. Sharks eat people all the time. There are too many of them, we have to eat them!

Thanks for your personal brand of societal/ecological justice to restore the balance on earth. But FACT #1: There are not too many sharks in the world (Herndon et al. 2010, Godin and Worm 2010). Sharks are on the brim of being driven to extinction by us. We are also overfishing their natural food source, polluting their natural habitat, forcing them to change their way of life. The good news is – sharks are not man-eater.

There are thousands of divers who dove with sharks and came back in one piece. I am not denying that there have been incidents of sharks attacking humans and deepest sympathy to those involved but sometimes when wild animals get confused or threatened, they attacked human. Every person who enters the ocean should know that they are at risk, however minimum. Also, FACT#2: There are in fact, too many people (Cassils 2004), and people kill people too!

This is a little bit trickier. Some will say that it’s delicious. Well let’s just say that for me, in the mélange of Chinese delicacies, in terms of palatability, shark fins is at best…just ok. As a kid, I didn’t like the taste or rather the lack of. Also, it’s gluey. As mentioned before, shark fins are really just all about showing off. But if they insist that it’s the taste they are after, good news – SHARK FIN FREE ALTERNATIVES

4. Sharks are scary, why do you like them so much?

I am not saying sharks are not scary. The first time I saw a shark while diving, I hyperventilated, used up a quarter of my oxygen supply in 2 minutes and nearly inflated my BCD to shoot right up if not for my group of dive buddies who held on to me. Even though I know now that sharks do not attack divers under water, I still get the chills sometimes when they get too close. But that doesn’t mean I have to eat them or kill them.

I am in their environment because it is beautiful and I love it. Shark, and every other part of the ecosystem, is an important part of this environment and we must preserve it.

Sharks are our friends

While I don’t recommend anyone to try this without proper training, it certainly shades a new light on the ‘man-eater’ as, and I quote, ‘a little puppy’.

All the rebuttals can be useful, but thereâs really one simple method to convince someone to stop eating shark fins â get them to start diving. I know, because I am one of them. It is almost impossible to not be awed by the awesomeness of the sea when you are a diver – and that is an emotion you canât unlearn.

Jacques Cousteau said âpeople protect what they loveâ and it is true. Everything else makes little sense when you donât know what you are protecting.

So spread the love at a personal level – encourage your friends to dive. Government regulations will help when they are in place, but there’s a lot that can be done even if you are not representing any organisations. Talk about it, have awkward conversations with your friends and elders if you are stuck in a restaurant with a bowl of sharkfins. Let us not be the generation who murdered the seven seas

(Article based on personal experiences and is not intended to stereotype or offend any individual or any cultural groups. References quoted are as below:

About me: Lee Sheah Lin, third generation Chinese from Malaysia truly Asia. Diving and shark-fin-free since 2007. 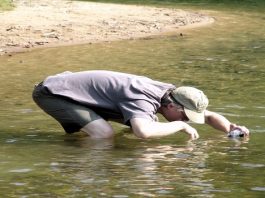 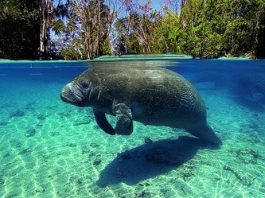 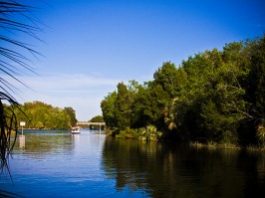