Diving accidents happen but they could often be prevented. On June 16, 2015 a diving accident occurred in Dutch Spring, Pennsylvania. A 41 year old scuba diver was found in the water unresponsive at the Dutch Springs Recreational Area.

The cause of death has not been released, however, that did not stop the local newspapers from claiming the area is dangerous and making calls for an investigation of the business.

The recreational area is a converted quarry with a 50 acres (20 hectare) land area and an equal sized water area. The quarry has sloped sides with an assortment of underwater attractions and has a maximum depth of 100 feet.

Most of the items placed as underwater attractions which includes trucks, buses and an airplane are around 50 feet deep. The park is one of the most popular diving locations on the east coast and is frequently used for training. There were an estimated 70,000 dives done last year at the park. The park has had 16 deaths in the last 30 years.

The opening line of the newspaper article – “In the thrill-seeking world of scuba diving” – alerted me that the article would be negative about dive safety.

Later in the article was a statement – “a recreational diver from Bethlehem, said Dutch Springs should post signs indicating the number of fatalities it has had as a way to drive home warnings about the dangers” – that further showed the journalist knows nothing about diving.

Quarries seem to have a higher numbers of accidents, but the high concentration of dives is a reasonable explanation. I cannot image 70,000 dives a year on my favorite reef.

Scuba diving is a prime example of proper risk management.

Diving is an inherently dangerous sport and yes, diving Accidents do happen. However, advancement in equipment design and proper training has brought the risk to a level that recreational scuba diving is no longer considered an extreme sport but a family sport.

When you make comparisons between sports using serious injuries and death as the measurement, Scuba diving falls slightly below horseback riding and golf and just above that ultra-dangerous sport, table tennis.

Why do Diving Accidents Happen?

Due to the environment and the lingering believe it is dangerous, scuba diving accidents are investigated and reported more deeply than other sports. Organizations like the Diver Alert Network (DAN) and the British Sub-Aqua Club (BSAC), maintain records and statistics of diving accidents with the goal of avoiding future incidents. Both of these organizations provide annual reports on their websites.

While the BSAC report covers a smaller group, BSAC divers and dives within UK waters, it provides a broader look at diving incidents including dive related surface events. I highly recommend all divers review the reports.

As you read these reports and other items that talk about diving accidents especially fatal ones, clear patterns emerge. Panic plays an important role in the majority of the accidents and very often divers going beyond their limits is the trigger. 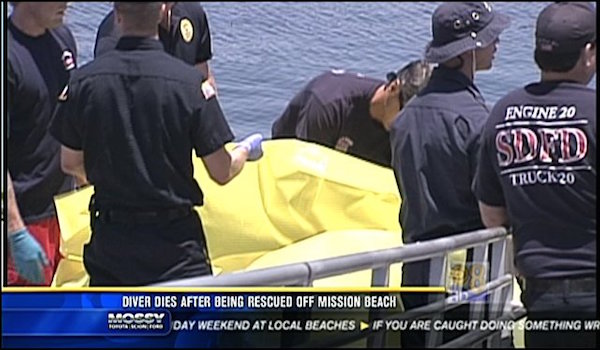 In accident investigation and management, the term trigger is often used. The event trigger is the first thing that occurred in the chain of events that lead to the actual accident. It may have been a seemly minor item, such as a leaking mask, however, it led to the next step and onward until all control was lost. In reality, you can say a definition of an accident is the total loss of control of an event.

A reported death illustrates the power of panic.

A father and son were diving a wreck with the son being a newly trained diver. The father diving around 90 feet was slightly above the son and was watching him. Unfortunately, he was not paying attention to his gauges, and he was diving into a current.

The father ran out of air, but instead of clear thinking and relying on training, the father bolted to the surface. As the father ascended, the expansion of air in the tank gave him a few extra breaths. Around the 30 foot depth, the father seemed to recover from his panic and realized he had added a pony bottle to his equipment.

In his panic, not only did he forget about his dive buddy’s octopus, but he also forgot his alternate supply. The son joined him, and together they made it back to the surface. However, prior to boarding the boat the father lost consciousness and died. The cause of death was an air embolism.

In this case a trigger of failing to monitor his gauges lead to running out of air that created a panic reaction that lead to a rapid ascent and death. The diver had two options that would have resulted in no injuries if he had not panicked.

Also read: Why You Should Never Miss A Safety Stop

Poor buoyancy control is the second leading cause of rapid ascents accounting for 27% of the accidents.
As a diver ascends the air in his jacket expands and increases the rate of ascent. Many divers that start a minor uncontrolled ascent fail to take actions before the momentum make it more difficult to do so.

Their body position also may make it difficult to vent all the air from the BCD. Flaring your body to increase drag while dumping air can assist you in regaining control. These are skills learned in OWD training but often forgotten and seldom practiced.

If the situation were caused by the diver being underweight, they should have recognized the problem occurring as the cylinder started becoming more negatively buoyant. Aborting the dive early, notifying the dive buddy of the problem and returning to an anchor line if there is one can help control the situation, so it does not become an emergency.

Learn how to deploy your Surface Marker Buoy

The third major reason in this group surprisingly deals with the incorrect deployment of a DSMB. 26% of the incidents involve the deployment of a Delayed Surface Marker Buoy (DSMB). While not a skill that is taught in detail, it is a task that is becoming more common.

If You are not well trained or are careless, it is easy to become entangled in the line and pulled to the surface. Practice deploying a DSMB at a depth that the device cannot pull you to the surface. 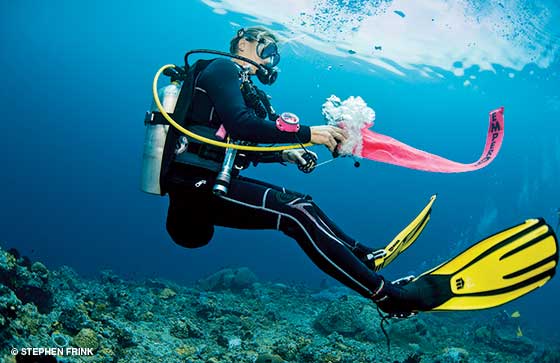 When we take our open water training, we are taught how to react to a variety of situations. It is a good foundation to grow our diving skills and become more comfortable and confident underwater. It does not make us experts, though, by repeated diving and slowly challenging ourselves we become better divers.

However, open water divers are limited to 66 feet/20 meters varying slightly between agencies. The reason is that once we descend past this mark the additional risks become more important to understand.

Nitrogen narcosis is a mere mention in OWD training, but a very important risk to understand and recognize as you approach the 30-meter mark. Exceeding your bottom is not likely to happen in less than 60 feet. Most divers will run out of air first.

An Australian study a few years ago showed hookah divers a.k.a SNUBA with a DCI rate ten times greater than scuba divers. No one told them the dangers of staying down and the surface supply air came as long as the pump was running. Advance open water training is a must if you want to go deeper than OWD depths.

Many recreational divers do not know that diving in a dry suit requires skills not taught in other courses and are not something you just go out and try. Finding themselves in situations beyond their understanding and ability to respond to is another trigger that can lead to a panic response. There is no clear answer what causes diving accidents because it involves so many factors.

Panic is clearly a major component. Training, muscle memory and clear understanding of your diving environment can help us overcome a panic reaction. The more frequently we dive using good practices, the better we become at our responses and avoiding panic.

Key take aways to prevent a diving accident from happening

What are your thoughts about how to prevent diving accidents? Did you ever witness an scuba accident? Let us know in the comments below 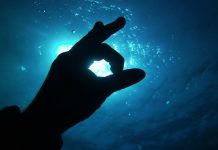 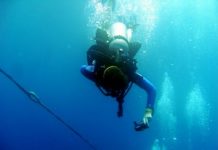 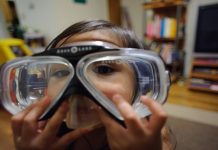