When you’re scuba diving, there are some kinds of shark that you like to see around, like the black tip reef shark. Humans have a natural fear of these predators, and this is probably because we all know a few things about sharks that are frankly terrifying.

As an example, if a shark smells blood, it can go into a feeding frenzy, attacking everything around it to the point where it may even take a chunk out of its tail.

Also, some sharks never sleep. If they stop moving, air stops passing over their gills, and they suffocate, so they look like they are always awake, but they are in deep rest.

Still, while a shark attack is undoubtedly a very scary thing, it is incredibly rare, and certainly shouldn’t put you off diving. Sharks kill on average five people a year.

Here are 5 Things More Likely to Kill You than a Shark Attack.

While the thought of a Coke machine probably doesn’t fill anyone normal with the same sense of dread as a Great White, vending machines are responsible for an average of 13 deaths a year.

That’s more than two and a half times as many as Jaws though I wouldn’t have thought a movie about killer vending machine-related accidents would be very exciting.

While sharks grab the headlines if they attack someone, jellyfish kill eight times as many people every year. While they look harmless, they can be highly poisonous and are also often hard to see and avoid. As well as causing 40 deaths a year, jellyfish also cause a vastly larger number of injuries than sharks.

There’s also that whole thing of having someone pee on your jellyfish stings. There is no scenario I can think of where an encounter with a shark could lead to you having to get your buddy to pee on you.

Deer are the real man killers instead of sharks

When it comes to terrifying animals, the shark may top many people’s lists, yet in terms of kills, they are far, far behind Bambi’s mom, who kills 130 of us a year.

Deer can attack people, and also cause road accidents, though as herbivores they will at least spare you the indignity of being eaten once you’re dead.

Also read: Infographic How, When and Where Sharks Attack

Nowhere in the world could be safer than your bed, right? Well, you’re safer in open water risking the sharks, and even the jellyfish – 450 people every year die falling out of bed in the US alone. This isn’t the number of people who die in their beds, that is much higher, this is the number of people who die because of their beds. Or their floors, depending on how you look at it.

If you’re heading to tropical waters on your diving trip, it may or may not reassure you to know that you are much more likely to be killed by one of the coconuts on those idyllic trees by the beach falling and bashing your brains out than by a shark biting your torso in half.

There are very few things, in fact, that are less statistically likely to be the cause of your death than a shark attack.

Whether this information should make you less scared of sharks or more scared of everything else in the world is hard to say.

Sharks are our friends and no man-eaters. We have a responsibility to conserve this Apex predator. A lot of shark species are on the brink of extinction due to human interference.

What are your thoughts about the comparisons made, do you agree? Let us know in the comments below.

This article is written by RUSHKULT, the online booking platform for Scuba Diving. Visit the RUSHKULT platform to book your next Scuba Dive training, guided trip, and accommodation.
4/5 (5 Reviews) 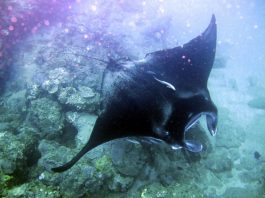 Manta Rays, Where in the World Should You go, to Dive... 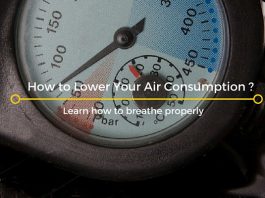 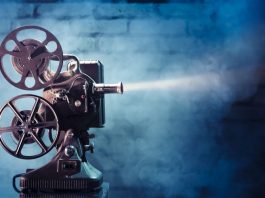