Thinking about diving with Thresher sharks? There is just one place in the world where you can spend quality time with a Thresher within recreational dive depths, and that is Malapascua in the Philippines.

As you reach for your vacation calendar, the thought that then crosses your mind is probably: “When is the best time to dive with thresher sharks in Malapascua?”

Whenever you have the time, is the best time, but it is best to avoid two certain weeks per year. When dive destinations promote diving with pelagic species, they often only have a narrow window of a month or two where the species is there. Malapascua does not have that problem as the sharks are there year round.

There is some seasonal variation. However, it does not seem to be enough to make a difference on your chance to see one if these amazing sharks. Thresher sharks visit the cleaning stations at Monad Shoal located a few kilometers off the shore of the island and have been so as long as anyone knows.

The Thresher Shark Research & Conservation Project (TTSRCP) is a community-based program that has been studying thresher sharks since 2006 at Monad Shoal.

They have even seen and photographed a live birth of a thresher shark pup. Their studies have also proven that the thresher shark uses its tail to stun fish it’s hunting.

TTSRCP runs a couple of special expeditions each year and does observations and data gathering five days a week year-round during daylight hours. Their research has shown that the cleaning stations are active at all times when they are observed, however, the highest concentration is in the early morning.

They have also shown that there is some but not a significant variation in the number of sharks visiting the area. The thresher sharks at Monad Shoal are Pelagic Thresher Sharks and are the smallest of the three species with an average size of only 3 meters with 4 meters not uncommon for a female.

There have been sightings of the Common thresher and the Big Eye Thresher, but they are rare. All three thresher shark species were assessed as Vulnerable by the IUCN in 2007.

While the project and the local dive industry have not always been the best of friends, they now seem to have a better working relationship. The project’s data is being used to support the dive industry and to establish a better ecological balance.

The Early Bird Sees The Threshers of Monad Shoal

The local dive operators all do their thresher dives early in the morning as research showed the time between 6:30 and 8:30 does have the largest number of sightings.

There are a total of five cleaning stations around the shoal, each with one buoy. The operators have a system of rotating between the various stations with different time slots to allow the most divers possible per day without damaging the environment and the natural behavior of the sharks.

One advantage of the early morning dive is that you can get in more dives per day. You will likely be back at the dive center around the same time as the other divers are waking up.

So doing three dives before lunch is possible. Another good reason to go diving around Malapascua is that most dive centers will offer a shallow twilight dive and the night dive locations offer outstanding dives too.

The lighthouse reef is famous for the Mandarin fish doing their mating dance. The reef is also well populated with seahorses and other night loving marine species. The beautiful but deadly blue-ringed octopus can also be seen on this amazing coral reef. 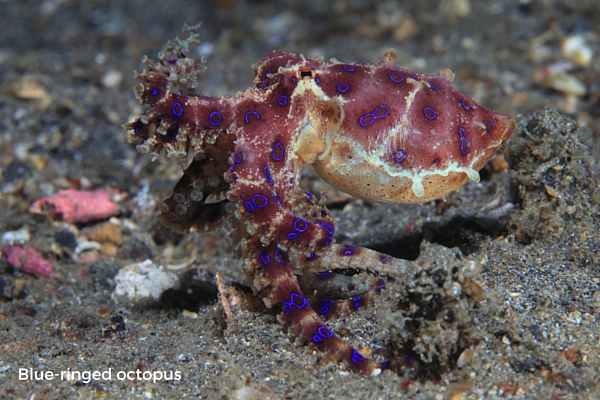 When is The Best Time of the Year to Dive in Malapascua?

There is no bad time of the year to visit, you have a high probability of seeing Threshers any time you come. However, conditions do vary. While the weather department will disagree, the locals feel there are three seasons.

Spring that starts in February and end in May, the summer season runs from June to September and winter or rainy season from October to January.

Most Filipinos consider the summer to be from Holy Week (the week of Easter) to the first week of June. Public schools let out for the summer the week before Easter and return the first Monday of June.

Private schools start the second week of June. This time, of the year, is the peak tourist season for the country for both domestic and international tourist.

Also read: Diving Palau vs. the Philippines What you Need to Know

April and May are the hottest and driest months of the year.

A shift in the weather patterns happens towards the end of June ushering in a monsoon season. The amount of rain varies across the country and in Malapascua it manifested itself with late afternoon rainstorms and rain at night.

As mentioned above, this season happens later than in other locations in the country. Nestled within the rainy season is a ‘typhoon’ season that officially starts in July and ends in October.

This part of the country is considered outside of the typhoon belt, and typhoons seldom dispute daily routines. While storms do happen such as in November 2013 when Typhoon Yolanda (international name: Haiyan), made landfall, the main concern with typhoons for divers is the impact on the international travel if leaving from Manila.

The sea is the calmest during the (Malapascua) spring with water temperatures around 29°c. Manta and Devil Rays frequently are spotted at the cleaning stations at this time of the year. Flamboyant cuttlefish and squid are also at their peak then. 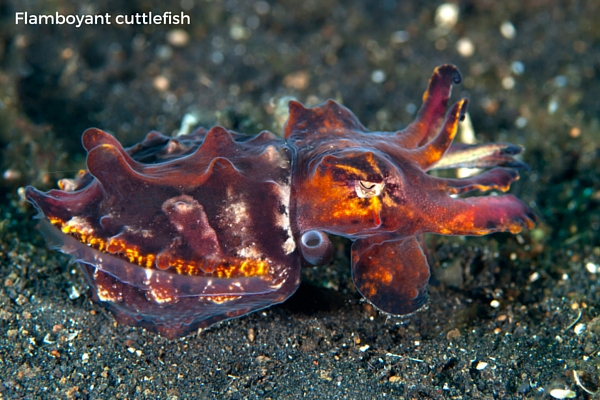 The (Malapascua) summer season is hot with wet afternoons, and evenings with Manta Rays are still joining the Threshers at the cleaning stations. As Filipino children are back at school, domestic tourism is at its lowest. The “Typhoon” season also keeps many international tourists from visiting. The visibility is at its best this time of year.

Underwater photographers will find excellent conditions both around the cleaning stations and for macro photography on the other dive sites surrounding the Island.

If you would visit during the winter season, you have the biggest chance that you will lose some diving days to rough seas. The air temperature will have dropped a few degrees, and you will experience slightly cooler water.

The days of rough seas does have its benefits, as the conditions attract numerous hammerheads and white tips to many of the dive sites. Migratory Requiem sharks also pass through this area during the season.

Also read: 7 impressive sharks you will encounter diving in Galapagos

There are two times per year you should not go.

Holy Week sees the majority of the country going somewhere. Transportation is impossible, and delays are a guarantee. Banking is very limited, and ATMs often run out of cash. In some areas, Good Friday and Easter Sunday will see local transportation closed as well as many restaurants.

The second time is Christmas. An estimated 10 million Filipino are working overseas, locally called OFW– Overseas Foreign Workers – and the majority of them promise their family to come home for Christmas every other year. This makes flights into and out of the country hard to book and expensive.

Christmas week is much like Easter; Traveling is at its maximum. January, however, normally has excellent fares for flying into the Philippines. Many airlines add extra flights out of the Philippines to return the OFWs to their work with fewer passengers headed to the Philippines on the return trips.

What are your thoughts about diving with Thresher sharks? Let us know in the comments below

Feel free to contact us. We have multiple partners that offer dive packages + accommodation and scuba lessons in the Philippines. 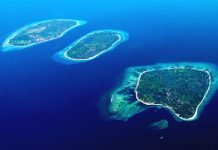