We have put together a short guide of the typical shark species you are likely to encounter while Scuba diving in the Caribbean Sea.

This way you can have the confidence to know what you are looking at once you are submerged beneath the surface.

Sharks attacks while Scuba Diving in the Caribbean Sea: The Facts

Still, though, the number is extremely small, with 35 attacks since 1896. The rest of the Caribbean islands average less than one attack per year, so it is clear that divers should feel very safe in these waters.

We have multiple partners in the Caribbean that offer Scuba Dive packages including accommodation, training and guided trips. Feel free to check out our listings:

This is the most commonly seen shark while Scuba Diving in the Caribbean Sea. It is usually 6.5-8 feet, or 2-2.5 meters, long. Look for dusky-colored fins that do not have any prominent markings, as well as a coloration that is dark grey or grey-brown on the top of the body and white or white-yellow underneath.

There is also an inconspicuous white band on its flanks. This shark has a short, broad, rounded snout, large eyes, and the third gill is above the point where the pectoral fin begins. There are a total of 5 gill slits. These sharks are normally quite shy and do not bother divers. 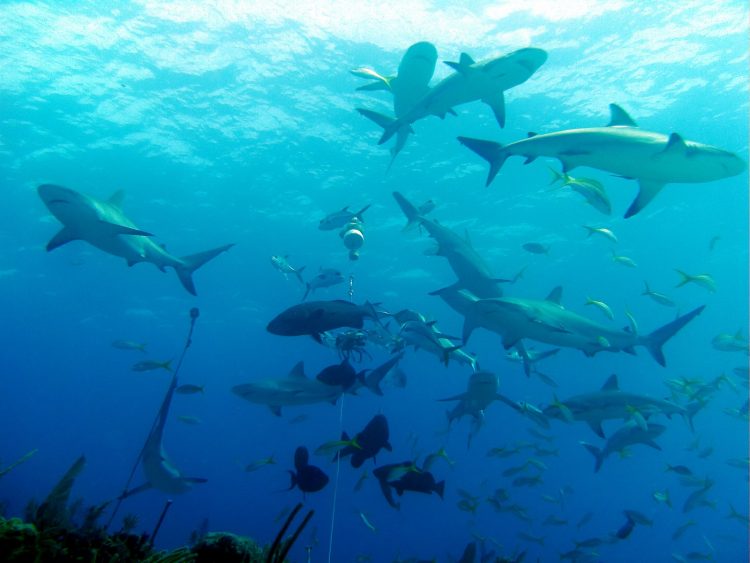 These are the second most commonly spotted shark in the Caribbean even though they are quite timid compared to other species of shark. They are easily recognizable by the black tip or edge on their pelvic, dorsal, pectoral or caudul fins. Usually they will swim around in groups, comprised of both juveniles and adults.

The Blacktip can be found in more shallow waters where they patrol around reef ledges and sandy bottoms. Although the shark is timid and is hard to approach it often is spotted by divers and snorkelers. As with any shark, humans are not on the menu and therefore one does not have to be afraid of being attacked.

Another large shark, capable of growing to a length of over 16 feet or 5 meters. The Tiger Shark can be found while Scuba Diving in the Caribbean Sea and other warm waters around the world.

They can have a blue to light green colour, combined with a white or light yellow belly. Young sharks will have dark spots and stripes that fade with age. Look for a wedge-shaped head, small pits on the snout, long fins, and a high back. The dorsal fins are also close to the tail. 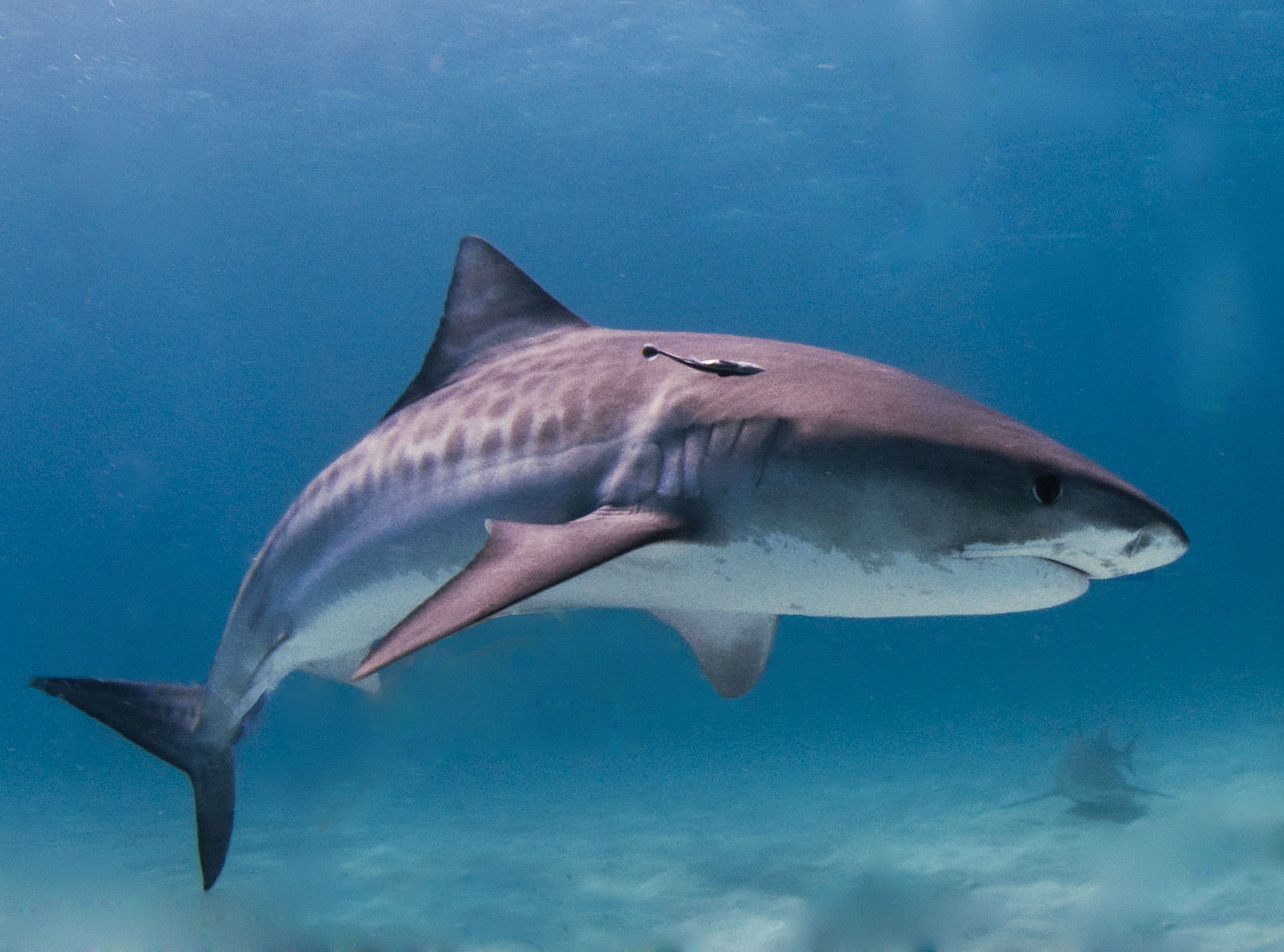 Tiger shark are quite common in the Bahamas.

If you would like to meet one of the apex predators on a dive you might want to check out RUSHKULT for Scuba Dive trips.

Nurse sharks are bottom dwelling sharks that are often spotted in sub tropical and tropical waters, including the Caribbean. They grow to lengths of 14 foot or 4.3 meters and can weigh a whopping 330kg when fully grown. The nurse shark feeds mostly on crustaceans which they suck in via their mouth. 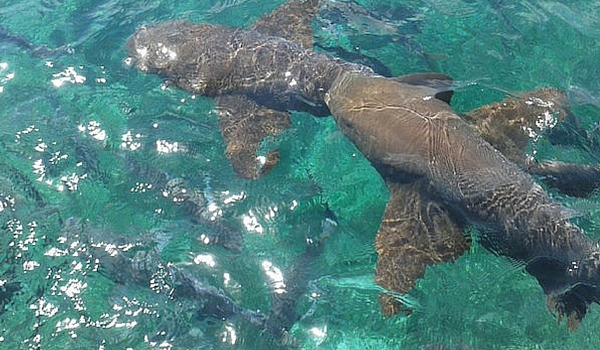 Since the nurse shark is a night hunter, they will be resting during the day. To spot a nurse shark while scuba diving or even when snorkeling you would have to look under ledges and crevices on the reef.

The bull shark also referred to as the Zambezi shark, is infamous for its attacks on humans. The bull shark likes to hang out in coastal areas and even in (fresh water) rivers.

The shark can grow up to 12ft and can weigh 500 lbs. The shark got its name from it flat snout and its unpredictable behavior. Did you know a series of assumed bull shark attacks in the early 1900’s was the inspirational source for JAWS?

If you would like to encounter a bull shark you might want to travel to Playa Del Carmen in Mexico where female bulls have there breeding ground. If you would do so, please be responsible and do not interfere with these creatures. This means no chumming and no feeding.

Would you like to go dive and explore the best dive sites in the Caribbean? Feel free to visit our booking platform, we have multiple partners that offer dive packages + accommodation and scuba lessons too.

By taking the proper precautions, and knowing how to identify shark species while on a dive, you can enjoyably and safely share the waters with these majestic creatures. Remember that sharks do deserve our respect, and as scuba divers, we are in the unique position to encounter and witness these magnificent creatures in their natural habitat.

It is up to us to educate those who do not have the knowledge about sharks like we do. Sharks are our friends, and if we humans do not stop the overfishing of these creatures, there will be none left to see for future generations.

Which sharks have you seen while scuba diving? Let us know in the comments below. 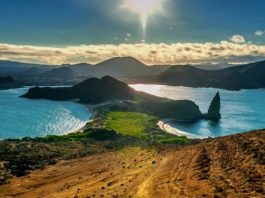 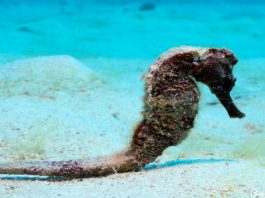